An extension of Abston (Old Bellew) Cemetery. Since 1856.

We Take a Great Amount of Pride in What We Do 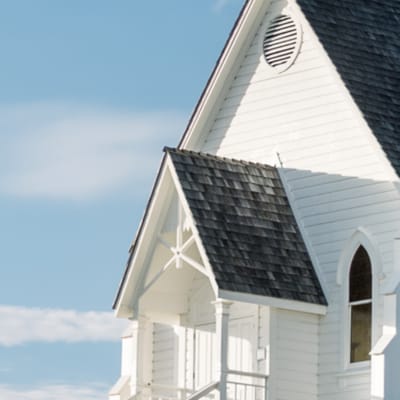 Lake View Cemetery is an expansion of the historic Abston (Old Bellew) Cemetery.

American Revolutionary War Soldier John Abston, died in 1856, and was the first person buried in the cemetery.

John Abston was born January 2, 1761 in Pittsylvania County, Virginia. He was the son of Captain Joshua Abston and his wife, Rachel Clement. He served as an Ensign in the Pittsylvania County Militia 1770-1775. When the colonies severed relations with England early in 1775, the Committee of Safety met in Richmond, Virginia on September 27, 1775, to organize for their defense. John Abston’s father, Joshua, was appointed as a Captain in the Colony of Virginia Militia and held the position until 1781.

The Battle of King’s Mountain

In 1779, at the age of eighteen, John Abston volunteered for service in the Revolutionary Army and served for two years under Captain John Ellis. In the eighteenth report of the National Society of the Daughters of the American Revolution, published in 1914, there is the following story about John Abston:

Abston, John. Born Jan. 2, 1761;died 1856. Son of Joshua Abston, Captain of Virginia Militia served two years in war of the American Revolution. Enlisted from Pittsylvania County, Virginia; was in Capt. John Ellis’ Company under Col. Washington. The evening before the Battle of King’s Mountain, Col. Washington, who was in command of the starving Americans at this point, sent soldiers out to forage for food. At a late hour a steer was driven into camp, killed, and made into a stew. The almost famished soldiers ate the stew without bread and slept the sleep of the just. The next morning they made the gallant charge that won the Battle of King’s Mountain, one of the decisive battles of the American Revolution. After the battle Col. Washington went to the place where the steer had been slain, and finding one of the horns, gave it to John Abston, a personal friend, saying “This is the horn of the steer that won the Battle of King’s Mountain.” Abston took the horn and carried it as a powder horn until the war was over. In later years it was used to call slaves from their work in the fields. The horn is now as hard as flint, the color of gold and has a polish equal to gold. A grandson owns the rifle and horn and treasures them highly.

At some point in the early 1850’s John Abston and his son, Jesse converted their bank notes into gold bars; put them safely in a small trunk carried on a wagon pulled by oxen. Abston began a journey to Texas.

When they reached the town of Melissa in Collin County, Jesse caught pneumonia and died. He was buried in an unmarked grave near Melissa, Texas. Subsequently, John Abston moved farther south in Collin County with his daughter-in-law Sarah and her children and purchased the land that included the cemetery.

John Abston died February 4, 1856 and was buried in the family cemetery.

Most of the people buried here, who have headstones, are from the Abston family. The cemetery has numerous unmarked graves. In the late 1980’s Abston/Stimson relative, Roland Boyd, moved the stones from the Stimson Family Cemetery to the Stimson family plot here.

The historic original cemetery was part of a larger farm. The farm belonged to the Abston family and produced cotton, corn, wheat, oats and bois d’arc posts, cattle and hogs. According to the book: Collin County Texas Families, onions grown on this farm crossed the English Channel with the American soldiers when they landed at Normandy in World War II. Bois d’arc was shipped from this farm to a dye company in Pennsylvania and was used to dye leather for shoes for the army in World War Two.

The Richard Royal Chapter of the National Society of the Daughters of the American Revolution erected a granite marker at John Abston’s grave in 1913. It reads:

A SOLDIER OF THE AMERICAN REVOLUTION

Let Us Lend a Helping Hand